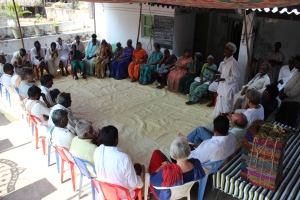 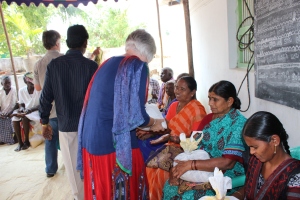 Today a group of about thirty men and women suffering from various stages of leprosy joined us for lunch. An awning was brought in to provide shade in the courtyard. We sat in a circle and shared about Jesus’ love even when there is suffering and one blind woman (in middle below) and another man sang songs for us. 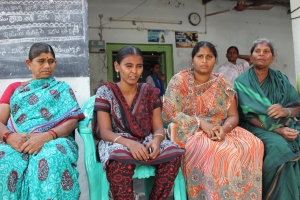 Brad told a story of the healing of a back injury encouraging faith to believe in prayer and Jesus for healing. Everyone applauded when he announced his healing… rather than silently resent the lack of healing for themselves… Their demeanor once again was pleasant, cheerful, and appreciative. The group was accompanied by their physician who is a committed Christian and has managed to stop the progress of the disease with medication if given the chance. He told me that it takes two years of treatment before they are cured and even then sensation in the damaged limb is permanently lost.

We saw various examples of fingers and toes being lost to the disease but nothing as dramatic as those we met with last year from another region near the city of Tenali. We distributed blankets and parcels of food for each as  gift from Jericho Road… how wonderful it would be to lay hands on some of those disfigured limbs and see them uncoil and be restored to life. Perhaps one day we will. This I do know without a doubt…. unless we step out and keep believing for what we do not yet see – we never will. 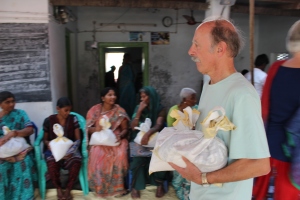 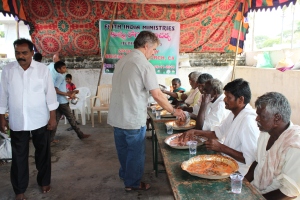 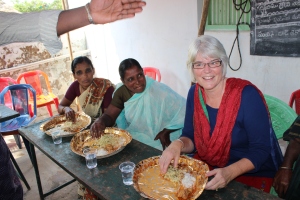 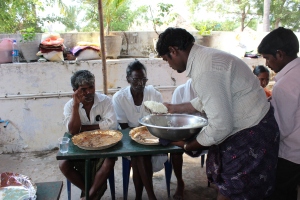